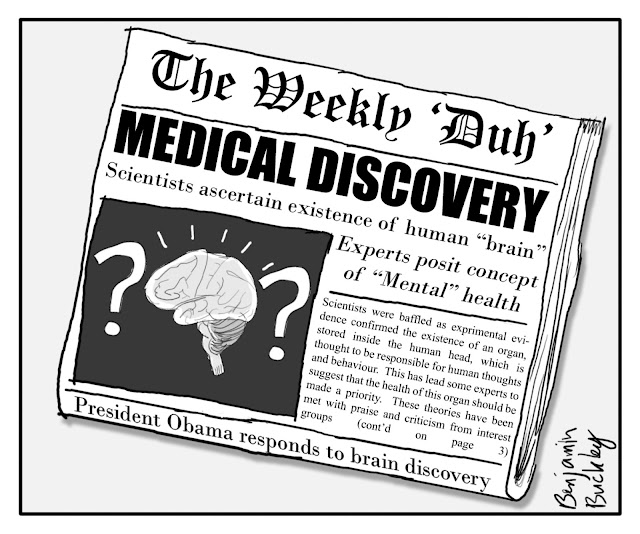 Not The Who album, or with addition of "while he's away" the song, although I feel its worthy of a mention and a link. It was Townshend's first proper go at the "mini opera" style you know (pre Tommy), the song (a quick one while he's away) not the album (a quick one), keeping up, good.

All a bit linktastic there wasn't it, 4 in 1 paragraph, wowzers! I think we will have 4 in the next one too, purely for continuity :-)

So why a quick one, well, because mostly that what's this post is. I wasn't going to post here at all, I had no intention of doing so, a bit like Micky Flanagan not planning on going out, but it just happened. I was going to post on the other blog, not here, it wasn't even on my mind, but before doing so I noticed from the dashboard, (those familiar with Blogger will know what I mean when I say dashboard) .... (for those that don't I am not referring to the bit of your car that holds your steering wheel to the windscreen). Its an area where you can get an overview of your blog, nothing exciting sorry, while there I noticed that this one (blog) had 13 posts, cue dramatic music, I mean come on, 13, I couldn't leave it at that, can you imagine the perils, pitfalls and misfortunes that could befall me, those I know and possibly the world if I left on 13.

No exactly, nothing would have happened, its just a number, although I do have "a thing"about odd numbers, or more specifically even numbers. An example, well, when adjusting the volume on something with numbers, I do like to leave it on an even number, if someone else does it fine, but if I do, its not staying on uneven. In saying that I do sometimes do it, where its not practical (for volume purposes) to have it even, as the best volume is in between 2 evens (yes, an odd) but you get my drift, I have "a thing" about it.

We all have "a thing" about something and our own unique quirky ways, its what makes us individuals and the the world an interesting place.

We all have thoughts, behaviours and emotions that differ, most of the time this is fine and not a problem but every now and then it causes us or someone else a problem, as I kept hearing today, its all about perception. Whilst I don't necessarily agree its "all about perception" one thing I do agree with (that I also kept hearing today) is that we all have mental health. The trouble is, the person saying it didn't mean it that way, they were referring to mental illness mental disorder mental difficulty unsoundness of mind or mental ill health call it what you will, there are as many terms as classifications in the ICD 10. What they didn't grasp is that WE ALL HAVE MENTAL HEALTH, please stop referring to "having mental health" as if its a bad or negative thing or something requiring intervention. 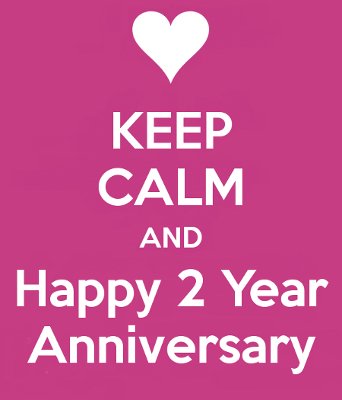 Let me start by saying I really don't like the "keep calm" trend that dictates you can seemingly now place the words in front of anything (and everything) to make it, more humorous?

Neither is the post linked in any way to love, despite the heart being present at the top of the image.

The image above purely exists to mark the wonderful occasion the ongoing neglect that is 2 years old today, It being that long since I last posted on this poor, cobweb riddled and dust covered blog.

I am tempted to have a rant about the vast array of products that now feature "keep calm" etc etc, I am also tempted to do a little piece about hearts (biologically and love related) but will refrain from these things for now, though will likely (if I post again within the next 2 years) produce a love related post, but more on that at the time.

So, 2 years eh, wow, what can I say, would it really matter or excuse the total disregard I have shown, does anyone really care, so many questions..........

Interestingly (at least I find it so) the last post (yes, 2yrs ago) made reference to my eyesight and the fact I was so proud of myself as I had been to the opticians that day and had been given the all clear, much to my surprise. Well, a few weeks ago, I repeated the exercise and this time (drum roll please) 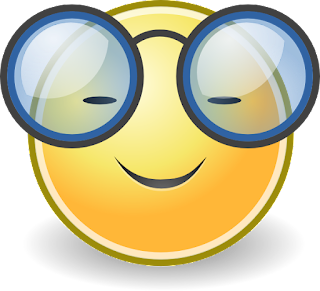 Yes, I was given a pair of the finest glasses you ever could see, I couldn't, obviously, well, not without my glasses on but it appears that (as the Optician said to me) "its finally caught up with you" (meaning old age) (which incidentally I have known for a long while lol) and subsequently I now need reading glasses. To be fair, they have proved most beneficial (and clearly much needed) for reading and close up work. The flip side to this, is when looking at anything past about arms length while wearing them I seem to enter a strange world of distorted images with a degree of disorientation, not helpful. There is a remedy though, one that all you spectacle wearers will already be well aware of, the "end of the nose perch position" as I refer to it. This enables me to look at things and people in the distance, and also see things close up, by looking down my nose at them (not that way) although I am told (by some) it looks a bit disconcerting (probably a polite way of saying weird), still, I don't notice this, just those looking at me when I am doing it so I'm happy :-)

Prior to posting today, I took a quick peek at previous posts (including the first one) and remembered that I had said at some point I may well post a link to this (and my other) blogs predecessor, my first foray into blogging if you will. In theory a perfectly good idea, but first I had to find it (the predecessor) after all, its been a while and as you know (2 years since posting here) I am not the most active or attentive blog poster/owner. After a bit of hunting, I managed to find it and took a glance at some of the posts. I remember changing the layout and look of it when it was "decommissioned" so some of the images and videos don't "sit right" on the page (I'm being fussy) but it was good to look back at some of it. My reason for telling you all this, well, one is to post the link in case any one is bored interested enough to take a look (its there on the right under the "In the beginning" heading) as I said I would in my first post here, back in June 2011. The second reason, its an excuse to repost one of the photos I stumbled across on there as it made me smile, his name is Bob incidentally....... 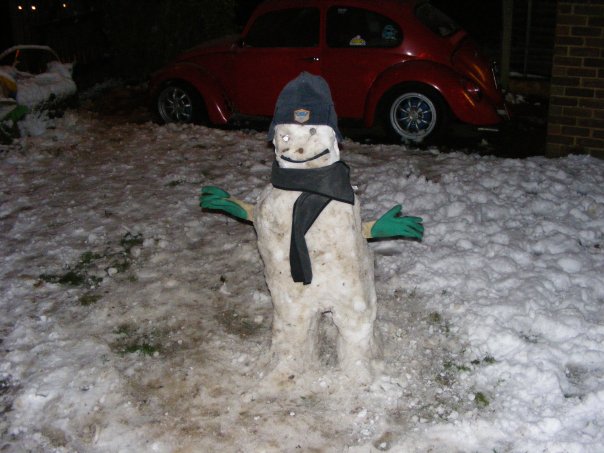 On a warm day like today its probably a little odd to see snow, so focus on Dignity instead if you want (the red bug in the background) not the word, or song about a ship (good tune). He (Dignity, not Bob, he melted) is in Cornwall now with my (truly wonderful) son and has his own page on the internet (Dignity, not my son) made by his previous owner.

On a final note (I need to get on with other things and for reason and another its been a day of much writing) although I neglect my 2 current blogs, I don't think I was as bad with their "predecessor" at least not initially. It was only active for less than 2 years (8th Sept 2009- 28th May 2011) and had 94 posts during hat time, compare that to the same time period on this blog and its actually 94 more!

I will definitely definitely definitely not leave it so long next time, which thankfully gives me 729 days to play with until I need to post here again, I imagine it will be much sooner though, now I have reacquainted myself with "Neal by mouth"
Posted by Neal at 15:08 No comments: